From the 1910s on he contributed illustrations to Our Boys, in particular for "The Fourth Classical at St. Finbarr's", a long-running serial by John G. Rowe in which three boarding-school students during the War of Independence help the local I.R.A. track down a cache of arms and gold before the Black and Tans find it, which ran from 1919 to 1922. He died in South Dublin in the first quarter of 1931, aged 78.

"Own Roe at Benburb", Irish Weekly Independent and Nation, 1900

"Rescue of the Nuns of Ypres by the Munster Fusiliers", 1915 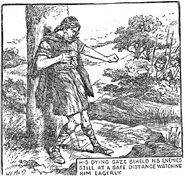 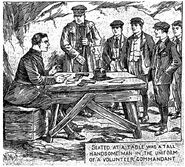