William Tell was a (presumably pseudonymous) nationalist cartoonist who published a series of twelve cartoons entitled "Hints & Hits" in Dublin in 1844, each costing a penny, or tuppence for a hand-coloured copy. The cartoons were in response to the Daniel O'Connell's campaign to repeal the Act of Union, his cancellation of the pro-Repeal "monster meeting" at Clontarf, and his trial on charges of conspiring to undermine the constitution and alienating the armed forces from their allegiance. 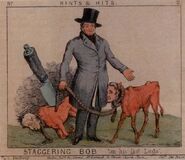 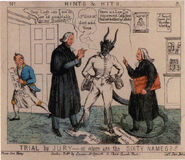 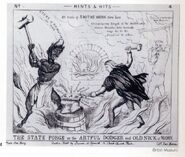 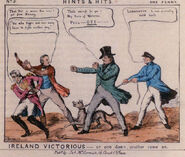 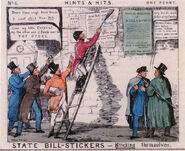 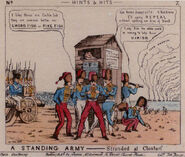 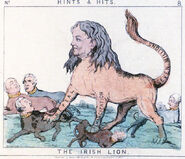 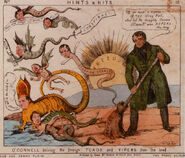 10. "O'Connell driving the foreign toads and vipers from the land" 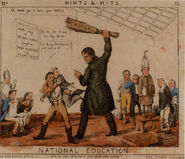 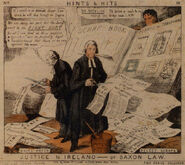 12. "Justice to Ireland"
Add a photo to this gallery

Retrieved from "https://irishcomics.fandom.com/wiki/William_Tell?oldid=27247"
Community content is available under CC-BY-SA unless otherwise noted.